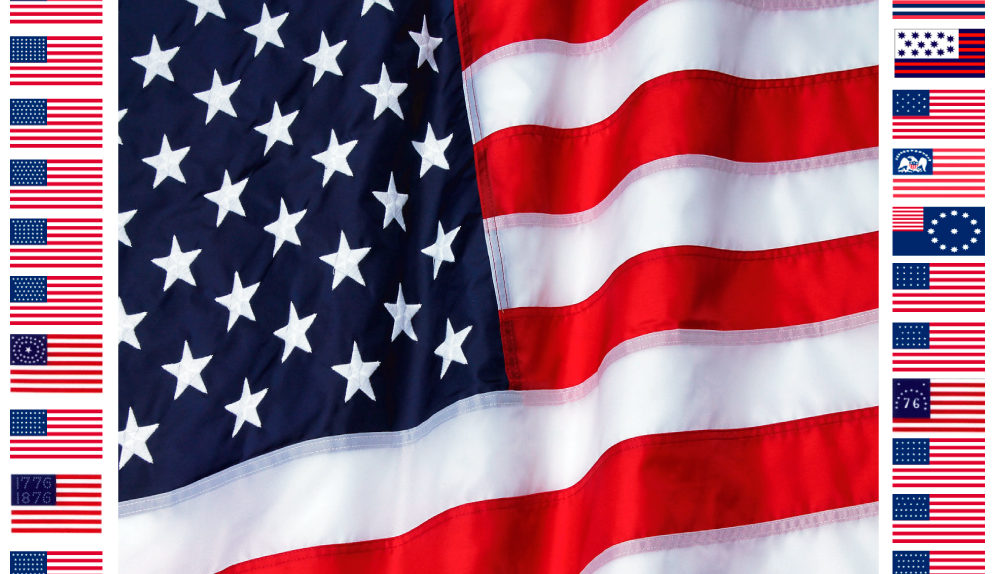 Here’s a few things you may not have known about our American flag.

The 27th President of The United States, William Howard Taft, introduced delimited proportions and standardization guidelines. One specific rule stated that every single one of the stars had to be arranged with one point facing up.

To this day many people believe that Betsy Ross designed the very first American flag, but they just might be wrong. Many historians believe that Francis Hopkinson truly deserves the credit on the flag’s design. They believe this due to entries from early journals from the Continental Congress that plainly name Hopkinson as the designer of the flag.

The flag that you see everywhere nowadays was actually designed by a teenager! Robert G. Heft, a 17-year-old student submitted his design as part of his history project in school. He later submitted it to Congress to be considered. President Eisenhower ended up choosing his design over 1,500 other submissions and even called Robert with the great news himself.

4: Flags on the Moon

Even though the moon has extremely harsh temperatures and atmosphere, five of the six flags that were planted during the Apollo missions are still thought to be standing today. Buzz Aldrin claims that the one flag that fell was actually blown down by the exhaust from Apollo 11 during liftoff from the surface of the moon.

Old Glory was actually the nickname given to a specific American flag that was owned by a sea captain named William Driver. The flag was given to him by the women from his hometown in Salem, Massachusetts. However, Driver didn’t even name it Old Glory until he saw it flying on his ship’s mast back in 1831.

Throughout all the years there have been 27 different designs of the flag that have been flown. The latest design is, in fact, the longest to stay of them all, lasting for over fifty years now with the same look.

9: The Flag at Night

If someone wants to fly the American flag at night, according to the Flag Code they must get proper lighting to ensure that the flag will be lit up at night. If not, it is only supposed to be flown from sunrise to sunset.

10: What if it Touches the Ground?

The Flag Code states that the flag should never touch anything beneath it, such as the ground. This is stated to emphasize the importance the flag holds and the care it demands. However, many believe that you have to destroy the flag when it touches the ground, but this isn’t true. If the flag is clean enough and suitable to be flown you don’t have to destroy it. You can even throw it in the washer if you need to!